In 2015, Rush celebrated its 40th anniversary with a career-spanning tour that proved to be the band’s swan song. The death of Rush’s legendary drummer and lyricist, Neil Peart, in January 2020 sent shock waves across the rock music community and put to rest any rumors of the band ever performing again. Yet the band’s legacy endures, and interest in Rush’s music remains at an absolute peak. In light of this, there is a high demand from fans to witness the band’s music played live on stage.

Hailing from Central Pennsylvania, Solar Federation performs the music of Rush with passion and precision, tuning into all of the fine details that die-hard fans analyze with every spin of an album. The brainchild of seasoned drummer Ffej Herb, Solar Federation begins with his life-long obsession with Rush. Although the idea of starting a band exclusively dedicated to Rush’s music sparked many years ago, it wasn’t until he finally met fellow Rush fanatic and guitar virtuoso Eric Wirsing that the idea became a reality. With two of the core members of the band solidified, they set out on the daunting task of finding a “Geddy Lee.” This quest resulted in the inevitable splitting of Geddy’s role between two equally qualified musicians: Lancaster, PA’s own legendary Mike Bitts on bass and keys, and the four-octave voice of Berklee-trained Julie Schreiber.

In order to tackle the enormous undertaking of performing Rush’s music at a level deemed acceptable to its fans, Solar Federation spent an entire year honing its initial set list and rehearsing what is often called the most complex and difficult catalog of songs to perform in all of rock music. After only a handful of live performances, the band quickly established itself as one of the premier Rush tribute bands on the East Coast, garnering praise from fans for its accurate interpretation of the material, meticulous attention to detail, and Schreiber’s passionate delivery of Rush’s dynamic melodies and thought-provoking lyrics. Over the last five years, Solar Federation has become known as a faithful tribute to the music of Rush and is widely respected within the vast community of Rush fans around the globe.

Following the death of Peart, Solar Federation received the extreme honor of being asked to perform at A Night for Neil, a memorial tribute concert organized by Peart’s parents and family as well as the nonprofit organization, Overtime Angels. The concert is scheduled to be held in Peart’s hometown of St. Catharines, Ontario, at the Meridian Center on Saturday, April 23, 2022.

“You can’t fake it with this band,” said Herb. “Rush fans are incredibly loyal and know the music inside and out.”

Rush has long been recognized for its legions of devoted fans from all corners of the world. “I was floored to learn that people travel from all over the Mid-Atlantic region to attend our shows,” said Herb. “To me, that not only speaks volumes about the loyalty of Rush fans, but it’s also a testament to the quality of our little band.”

Closer to the Heart

A Farewell to Kings

Ghost of a Chance

A Passage To Bangkok

The Spirit of Radio 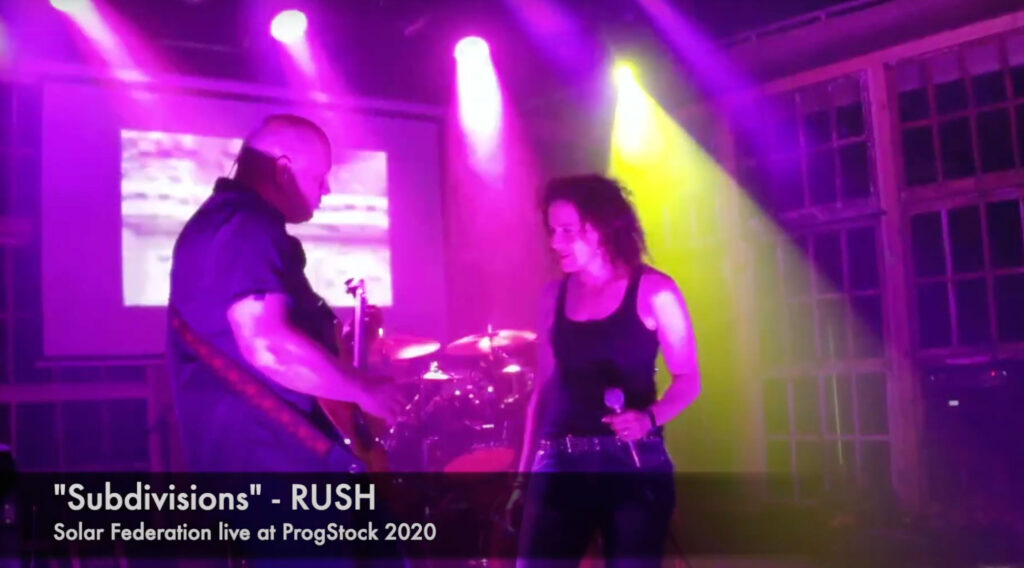 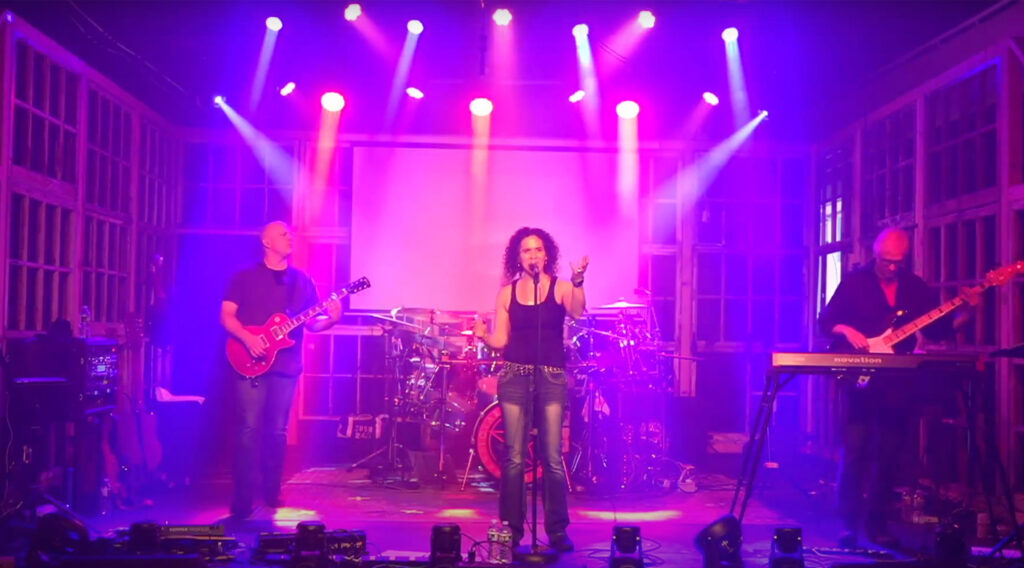 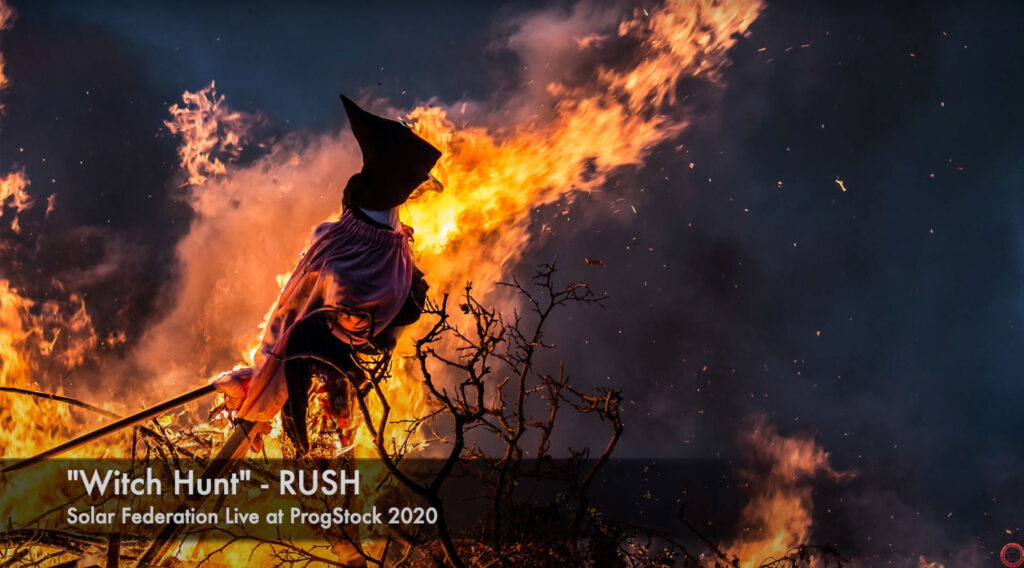 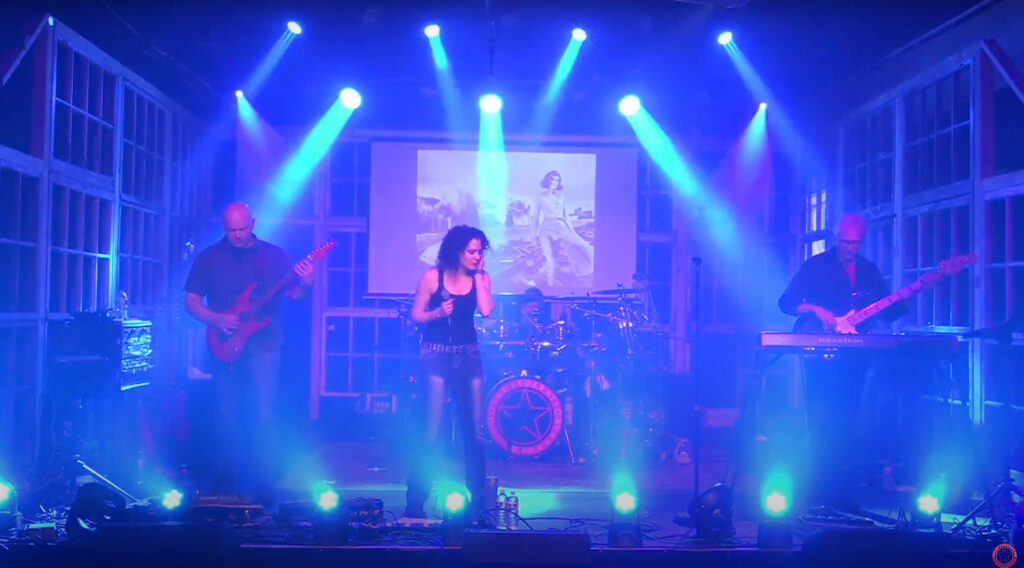 Review from Glenn Hamilton
Glenn Hamilton – Radio Personality at 97.3 FM – The River (Harrisburg, PA)
“Attention all RUSH GEEKS – SOLAR FEDERATION is a Rush tribute band from Harrsburg, PA. I love that they have a female lead singer! She kicks ass and totally pulls it off. But can they play La Villa Strangiato? Watch and listen…”

Rush tribute Solar Federation to perform at River Street Jazz Cafe
The Weekender
For Ffej Herb, founding a tribute act started with the impetus that probably should drive the inception of such a project: the intense passion of a fervent fan.

Solar Federation, the Harrisburg-based tribute to progressive rock trio Rush for which Herb is the drummer, will perform at 9 p.m. Saturday at the River Street Jazz Cafe in Plains Township.

“Without a doubt, they’re my favorite band in the history of recorded music,” Herb said with enthusiasm in response to the simple question, “Why Rush?”

“I always thought it was hokey to have a tribute band while a band was still touring. The thing that worked out well with the timing for this band is I put it together back in 2015, right around the time Rush announced their 40th anniversary tour. Knowing it was going to be their last tour, I thought it was the right time. With Rush not touring, their fan base is so fiercely dedicated.”

But recalling the history of Solar Federation’s formation doesn’t do justice to the process of finding the right musicians to reproduce the skills of Geddy Lee, Alex Lifeson and Neil Peart, a task Herb called daunting.

Meeting guitarist and vocalist Eric Wirsing, whom Herb says was accomplished in the virtuosic vein of Eddie Van Halen and Steve Vai, was a step in the right direction.

“Finding a Geddy Lee was … man, you’re talking about a guy who does three things at once,” Herb said.

Veteran instrumentalist Mike Bitts became the solution on bass and keys, and Wirsing’s wife, Berklee-trained singer Julie Schreiber, presented herself as the right fit to take on lead vocals.

“The thing about other Rush bands was they typically had the music down pretty well, but they usually had a guy up there singing songs Geddy recorded in his 20s when he was wailing away,” Herb said. “To have someone up there who can hit the notes pretty effortlessly … she has pretty much the same range as Geddy, and she delivers it with so much passion. She’s the real deal.”

Herb, who grew up listening to heavy metal, said it was a natural progression that brought him to Rush, a band largely known as a “musician’s band.”

And it’s Herb who takes on the role of perhaps the most vaunted musician in the revered trio. Peart is widely considered one of the most technically accomplished tubsmen in rock history, his carnival of a drum kit a fixture in rock-drummer lore.

“(It’s) very nerve-wracking, but at the same time, so much fun,” Herb said of the group’s collective responsibility to perform. “That was the first thing I thought of when I considered putting together the band. This is a band that is put on a pedestal and almost worshipped.”

Solar Federation took the challenge seriously, rehearsing their initial set for an entire year before issuing a teaser video of “YYZ” on YouTube.

“We got really good feedback, and our first show went really well,” Herb said. “And that gave us the courage to move forward and take on more difficult pieces.”

In the Rush catalog, Herb noted, it’s not uncommon to find epic-length “9- to 12-minute songs,” but it was one of the band’s celebrated radio hits that became a point of anxiety for Herb during an early performance.

“The drum solo in ‘Tom Sawyer’ is one of those iconic drum solos … you can almost sing it, even if you’re not a musician you can appreciate it,” Herb said. “I was thinking, ‘The future of this band is hinging on me playing this part correctly.’ Luckily, I happened to nail it.”

And nailing it has become Solar Federation’s modus operandi as they have garnered attention from fans throughout Pennsylvania and beyond in nearly three years of touring.

“I remember our first show, there was a married couple who drove from Columbus, Ohio, to Lancaster, Pa., and they said it was well worth it,” Herb said. “That continues to floor me. We’ve had people come see us from as far away as Virginia and North Carolina.”

Built organically through word-of-mouth advertising, the band’s reputation is the result of hard work and critically-acclaimed performance.

“A lot of people, when they think of a tribute band, think of a group of guys standing up on stage and wearing wigs and retro clothing and a show presentation,” Herb said. “Our band doesn’t do that at all. We are strictly focused on the music and try to do faithful, accurate presentations of songs that appeared on studio albums.”